People with exceptional talent are called geniuses. There are some who use this talent in the wrong direction. These are frequently referred to as “evil geniuses.”

Many evil minds persist in our community. Most of them are pushed towards negativity due to psychological factors. However, it is quite puzzling to know that in history, some of these evil geniuses had the inexplicable intelligence to carry out their sinister activities.

These highly intelligent but wicked geniuses involved themselves in bad activities, and history remembered them as “evil geniuses.”

In the following rundown, we have listed the top 10 most evil geniuses of all time: 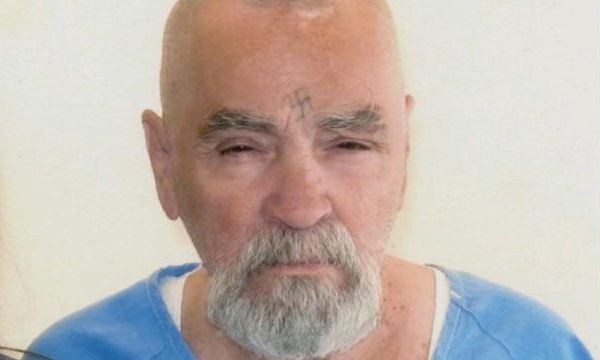 Charles began his life in misery due to his asnine profession. Unfortunately, he never got to experience the extraordinary life he could have had with his parents. His mother was his only relative within the family. Additionally, his mother wasn’t even close to what a real mother should be. She abandoned him badly in the boarding school system. As a result, Charles was negligent throughout his adolescence and teenage years. Despite these circumstances, he steadily rose to become one of the most notorious criminals in the United States. His offenses started off as small burglaries in grocery stores and went on to armed robberies and even murder! His evil ingenuity led him to devise inexplicable ways to form a gang that committed a series of nine murders in 1969. Charles was a singer and songwriter by profession, but a life filled with offenses led him to a life sentence behind bars. 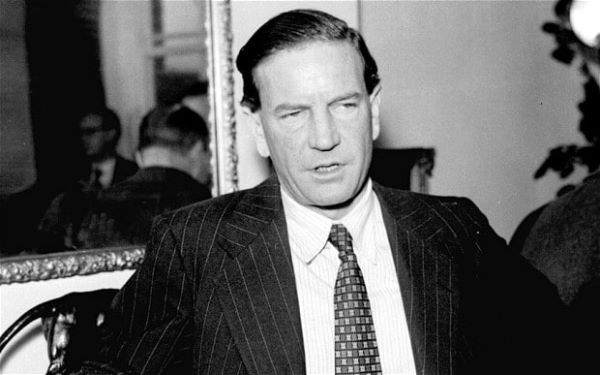 Kim Philby was born in British India in 1912. Though Kim was a British intelligence officer of the famous MI6 agency, he, in fact, worked secretly for the Soviet Union. Through his evil ingenuity, he was able to provide highly classified information to the Soviet Union. He was hired as a Soviet Union spy before the Second World War. Kim, ‘A genius for deception,” kept on acting as a double agent for both the British and the Soviets, keeping the trust alive on both sides.

He played a significant role in defying Franco’s forces during the Spanish Civil War for the sake of Britain. On the other hand, he continued to work for the Soviets. He is known to have provided secret information to the Soviets about a defecting Soviet agent that ultimately led to the officer’s death and a delay in British operations. He was indeed a remarkable evil genius who defied two nations at a time on multiple occasions but still didn’t get anything proved against himself. 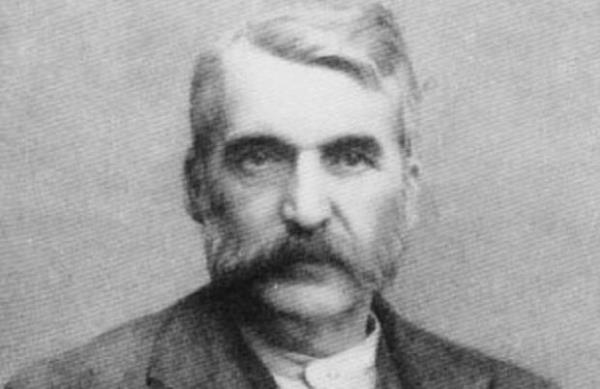 Adam Worth was born in 1844 in Germany. He is often referred to as “The Napoleon of Crime” due to his intelligence in committing crimes. Bank robberies, store robberies, pickpocketing, bounty jumping, and jail breaking—he was an evil genius in all of these fields. He started off by bounty-jumping, using false names to join different squadrons to gain the bounty, and then fleeing. By using his diligence, he formed a gang of pickpockets. Even a prison sentence of 3 years, when he was caught red-handed during a robbery, couldn’t stop his negative activities. He used inexplicable ways to defy all the security measures at the prison and escape.

He continued to commit bank robberies very diligently without being caught quickly. Last but not least, he even helped other fellow inmates break free of prison walls through diligent strategic planning. He was finally caught amidst an armed robbery and sentenced to 7 years behind bars. 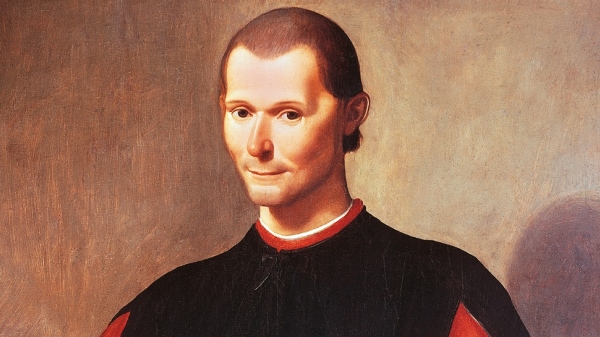 Niccol Machiavelli was born in 1469 in Italy. Even though he faced incarceration in his early life due to political reasons, Niccolo managed to make his ideas count in the modern world. Niccol Machiavelli’s inclusion in the list of “top evil geniuses” has been a point of debate for a long time. His inclusion in the list is due to a book he published, “The Prince,” on political science. He wrote this book after thorough research on Roman history. In this book, he discussed methods that he had researched to have complete control over the public, even if extreme measures are used by the authorities. Some people regard him as the father of political theory, whereas others regard his ideas as cruel, ruthless, and not appropriate. 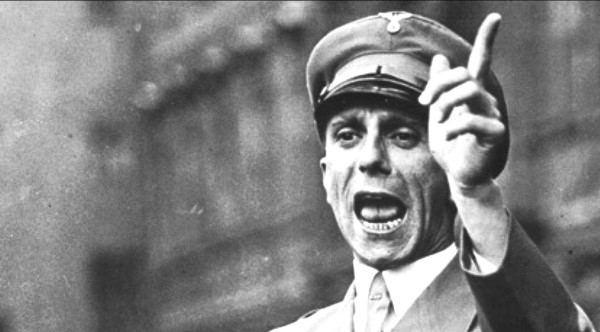 Joseph Goebbels was born in 1897 in Germany. He was a devoted follower of Adolf Hitler. Goebbels was a member of the Nazi Party. He continued to excel in his studies until he received his Ph.D. After joining the Nazi party in 1924, he showed excellent skills in propaganda making. Since the basic idea of running the Nazi Party was propaganda, Hitler found a great evil genius in Joseph Goebbels. Goebbels was capable of supporting Hitler’s cause through his well-crafted ideas and careful planning. Moreover, his common cause with Hitler—the annihilation of Jews—made him a perfect match. This led him to various important posts in the history of Germany. His evil genius was also evident in his extraordinary ability to speak confidently in public. He made his points widely understood by using sarcastic humor as well. He died in 1945, after the death of Hitler. 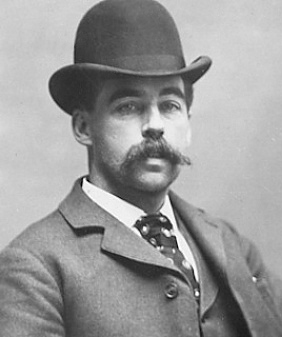 Dr. Henry Howard Holmes, or H. H. Holmes, was born in 1861 in New Hampshire, USA. He started off with a respectable academic background. However, soon his attention began to divert toward negativity. Unfortunately, his careless and messed-up father didn’t suppress the negativity that was starting to grow within him. He began his criminal career with insurance fraud, using different official names to trick authorities. From there, he went on toward a bloodthirsty mission of serial killing.

To quench his awkward thirst for murdering humans, he used his evil ingenuity to build a tourist hotel in Chicago. From the exterior, no one could judge the sinister plans of its building in the heart of Chicago. As visitors to the World’s Columbian Exposition arrived, many of them booked their hotel rooms at the H. H. Holmes hotel. Inside the hotel were windowless rooms, gas-inducing systems, and much more designed to murder people. The bodies were then pulled down into the basement by an air-vacuum system. Holmes then sold the human body parts. Due to his ruthless and bloodthirsty behavior, after being caught during a theft, he was hanged in 1896 for committing mass murders.

“The Zodiac killer” was a symbol of evil ingenuity at its peak. You can establish this for yourself too, given that even his real name is unknown. He has puzzled law enforcement agencies till the present day with his coded and encrypted letters. The confirmed number of attempted murders was seven, of which two survived miraculously. However, his confession is of 37 killings. He ravaged California with his evil genius plans and strategies. Using the letters he wrote to newspapers, he can be judged as a person with deep psychological issues. Despite his mental issues, his intelligence to code all the facts is a mystery. 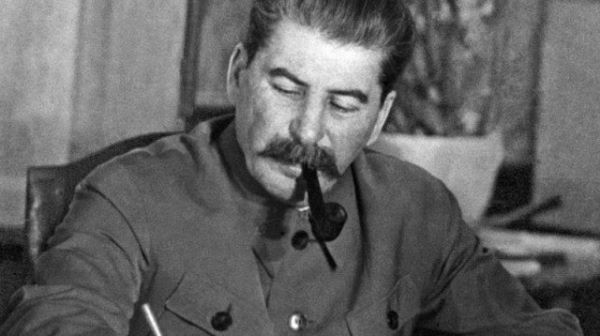 Joseph Stalin came into this world on the 18th of December, 1878. He was a Soviet dictator. Stalin was a master at negative political planning, diplomacy, and power. He proved the evil genius within him by acting double-faced without being noticed. On one side, he cleverly depicted himself as Lenin, being part of Soviet communism, whereas, on the other hand, he secretly got his men appointed to crucial positions in the government to get an indirect hold of the large state. More examples of his intelligence include his debating power at the conferences after World War II.

He tricked the American and British delegations into confusion and, meanwhile, twisted the decisions in his favor. This ruthless dictator became the source of mass murders as well. For example, in the Ukraine during the imposed famine of Holodomor He rose from a straightforward and unidentified background to become an example of the top evil genius of all time. 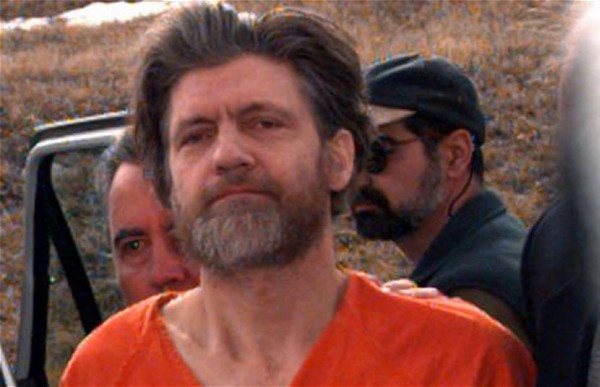 Ted Kaczynski, also known as the Unabomber, was a gifted genius. This fact can be judged by the fact that his IQ score was 167; the great Albert Einstein’s IQ reaches 160+. He studied at Harvard University, and at the mere age of 25, he became an assistant professor of mathematics. His great intelligence is thought to have turned to negativity as a result of where he received his primary education. He faced extreme bullying and inappropriate behavior toward himself at school. After resigning from teaching, he went into solitary confinement, where he planted his plans for mass murders.

and Ted used primary materials such as dry cell batteries to make the most lethal homemade bombs. Ted ravaged the streets with his sinister yet genius plans. He targeted university professors, airlines, and the industrial sector’s leaders to destroy modern technological advancement to counter its effects on the environment. To this day, the sophistication of his bomb devices serves as an example. Many of his bomb device models are on display in museums. 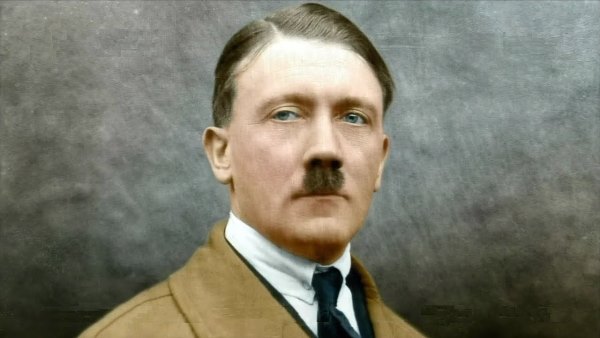 The name Adolf Hitler automatically brings to anyone’s mind a picture of utter cruelty, ruthlessness, and no regard for humanity whatsoever. However, looking at the other side of this picture, can you believe that Hitler was an outstanding evil genius who controlled so much single-handedly?

Hitler played a key role in bringing together a crumbling German state. He established a weak German state and gave it so many resources that it could handle the economic situation during a war. Hitler used excellent ideas to mention in his charismatic speeches to make Germans realize their worth. He used methods that were not common at the time to push the Germans to join the Nazi party. Methods included film and radio advertisements. Adolf Hitler was a “one-man” power and maintained such organized and disciplined behavior single-handedly.

To this day, his outstanding determination and ability to capture people’s minds serve as examples of self-determination. Although Hitler’s self-determination caused a massive loss of innocent lives, his example can be used positively to get an idea of the great evil genius inside him!