Do you know the longest hunger strikes ever happened in history?

A hunger strike is a brief or prolonged denial to eat or drink any substance to show dissent. This dissent can be against a government’s rules or laws, against a prison’s regulations or can even be a general hunger strike for the sake of a general cause.

Why do people go on hunger strikes?

How long can a human survive without food?

The duration of a hunger strike determines the level of risk it poses to the health of an individual. Hunger strikers have even died due to prolonging their hunger strikes beyond what a normal human body can sustain.

Which one is longest hunger strike in the world?

There are some famous hunger strikes while other remain in dark and didn’t able to achieve the desired results. In the following rundown, the top 10 longest hunger strikes have been classified according to their respective duration’s. 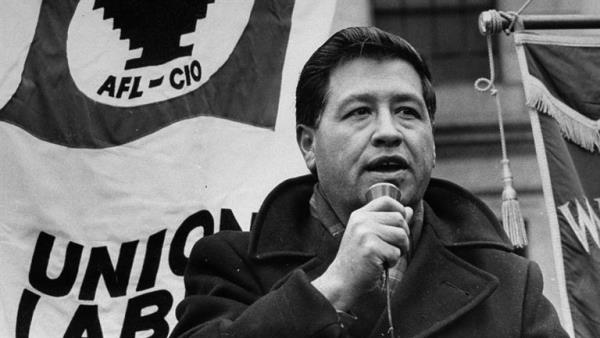 Cesar Chavez, a Mexican American born in 1927 in a poor family. The family run a garage, pool, grocery store and a farm.

Chavez family lost their farm by a fraudulent and become homeless. This issue made them migrant farm workers in California and Arizona. Chavez dropped out from school in 7th grade as the economic condition of their family was not well. He started working out in farms. As the farm workers are treated  as slaves at that time, Chavez stood up against the cruelty. Chavez founded National farm workers association in 1962. He went door to door, town to town to woke awareness in farmers and asked them to stood up for their rights.

Strictly believing in non violence, he emerged his movement to the whole California. With thousand of farm workers he did long marches, pickets, boycotts, dharnas, and hunger strikes. His most famous and longest hunger strike lasts about 36 days. Named as “Fast for life”, the main purpose of hunger strike was to formulate the laws about health hazards faced by form workers and the pesticides exposure to their children. Chavez demands were accepted and farmers has been given proper wages, insurance and other benefits. He died in 1993 in his sleep.

In the spring of 2012, a mass hunger strike was started by 2000 people against the tyranny of the citizens and heads of Israel. This hunger strike lasted for almost one month with the theme that either they will achieve freedom or they will sacrifice their lives. Their main demand was access to education, and to place an end to solitary confinement and administrative detention. After a month’s tireless efforts, Palestinians were somehow successful in achieving their aims. Israel gave some concession. Around 400 prisoners were given permission to receive family visits. Moreover, general improvements were made in the conditions of detention cells and additional facilities like telephonic calls and television were introduced. This is considered as the biggest hunger strike in terms of group of people, in history of hunger strikes.

Solange Fernex was a socialist and a politician. He was born on 15 April 1934 in Strasbourg, France. She participated in a European election in 1979 but faced defeat as she only got 4.39% of the total votes. She kept herself involved in the work of several NGO’s, books, presentations etc. To raise her voice to help people get their rights. Her main theme for this struggle was to give equal rights to women. Moreover, most importantly, she wanted to preserve the environment against the nuclear power and the massive and devastating destruction caused by it.

Her efforts are exemplary. In 1984, she participated in the fast for life hunger strike which lasted for 40 days in Paris with the demand to disable the nuclear powers. This was a non-violent anti-nuclear movement to prevent deforestation. She participated in the formation of the Green Party in order to fight with more potential to serve Earth and to promote greenery on it. Solange strongly believed that her steps will help preserve the ecosystem as well. She also received the Nuclear Free Future Award for her efforts.

This group of 100 people resumed eating food and drinking. Prison authorities tried to force feed them as the doctors indicated the seriousness of their condition. Methods like direct injection or insertion of liquid from the nose were used to force-feed the prisoners. 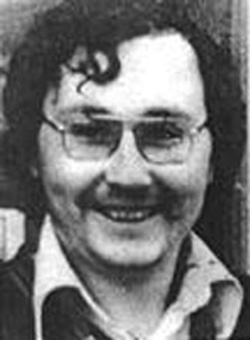 Michael Devine aka hunger striker was born in Derry, North Ireland on 26 May 1654. He is known as the pioneer of the Irish National Liberation Army (INLA). Devine joined the Republican Club at a very young age after the British soldiers shot dead two unarmed citizens. This incident changed his personality as well as his life goals. In the 1970s, he joined the Labor Party to join young and energetic communists with the intention to serve his country. He wanted to stand against injustice. Therefore, in 1975 Michael Devine formed Irish National Liberation Army (INLA).

This step was taken by him after an army raid in Donegal in Ireland. Devine was soon arrested and at court orders, he was imprisoned for 12 years. On June 22, 1981, Michael Devine joined the Irish hunger strikers. He died on 21 August 1981 in the Lisburn, United States while he was in prison. His hunger strike lasted almost 60 days. After his death, the topic of common day debate changed, praising his determination and courage. 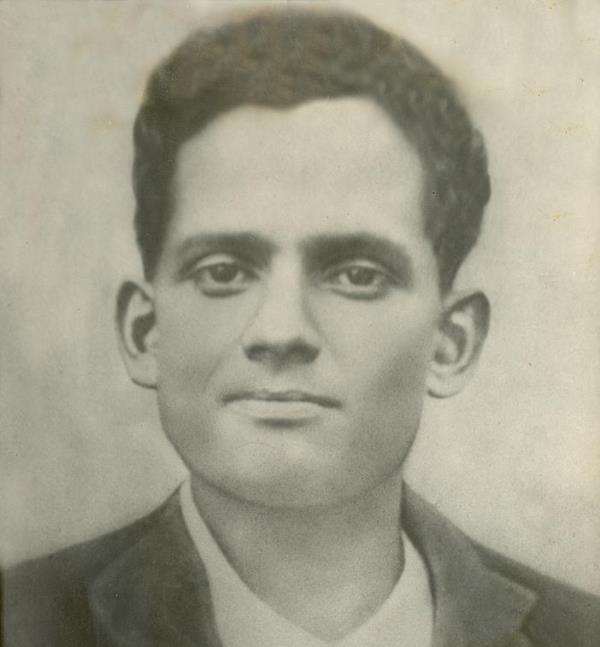 Jatindra Nath Das was born on 27 October 1904 in Calcutta, British India. He is more commonly known as Jatin Das. He was a zealot and hardworking independence activist. From childhood, he was quite enthusiastic to gain his goals and achieve his rights. He even joined Gandhi’s Non-Cooperation movement in 1929 when he was just 17 years old. One of the longest records for surviving without food, he began hunger strike with his other social mates In Lahore jail. He demanded equality for Indian Political prisoners with the prisoners who came from Europe. Indians were treated very harshly and lived a pitiful life in jail.

See Also: Top 10 Most Racist Countries in The World

There was definite injustice shown towards Indian prisoners. There was no proper care of hygiene. Das started his hunger strike on 10 June 1929 and lasted till 63 days. Jail authorities tried to force feed him but it was useless. Later they suggested the Government to release them but Government of that time offered to release him on bail only. As a result of prolong fasting, Jatin died on 13 Sept. 1929 while he was on the hunger strike in prison. Durga Bhabi led his funeral to Calcutta to tribute his hard work and sacrifice. Thousands of people paid homage to Jatindra Das. Many political leaders from all over the world also acknowledged his endeavors.

Bhagat Singh was an Indian national who was born on 25 March 1931 in Banga, Jaranwala Tehsil, Lyallpur district, Punjab, British India. It is presently a part of Pakistan. He was an active participant in the Indian independence movement. He was an enthusiastic and determined revolutionist. Bhagat Singh spent several months of his life in jail.

But when he was arrested on the charges of murdering Saunders and Channan Singh, he was arrested and shifted to Central Jail from Delhi jail. His hunger strike purpose to raise voice against improper hygienic conditions at the jail. Their clothes, rooms, and all basic necessities were unclean. They were enforced to do extensive manual labor which was unbearable for him and many other prisoners.

In June 1929 he started his hunger strike and he was successful enough to gain public sympathy and support. Jawaharlal Nehru visited Bhagat Singh in prison and grieved to see such a patriotic individual in pain. The government planned to test their patience by placing a well in front of them but their tactic was of no use and none of them ate food. After the Lahore conspiracy case, he was taken to Borstal Jail in Lahore. Singh still carried on with his hunger strike and by now he had lost 14 pounds. His popularity crossed the boundaries of Punjab. He ended his strike on 5th October 1929 after a 116-day hunger strike! 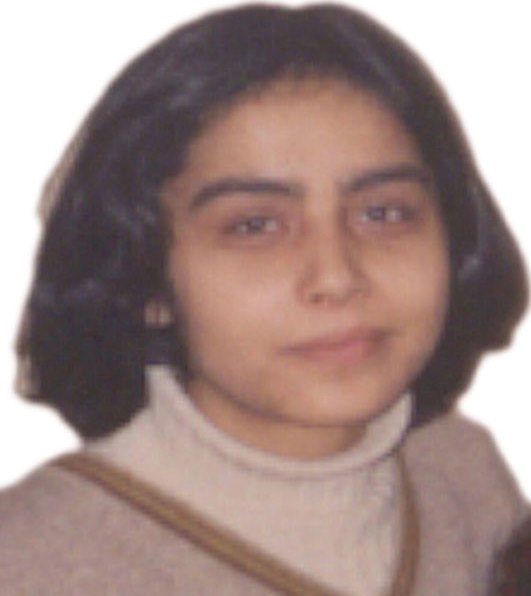 Maryum Altun was a Turkish native. She came into this world in 1976. Since the start, she believed in a lenient way of imprisonment. She started her protest using hunger strikes as a nonviolent way of achieving rights for prisoners. Her protest was against Turkey’s maximum security prison system. Her strike lasted for 302 days. She was an active member of the People’s Revolutionary Liberation Party or DHKP-C. She died in Istanbul hospital while she was on the hunger strike. On 1 April 2002, Maryum Altun passed away.

Ahmed Zaid Salim Zuhair was a Saudi National born in 1965. He belonged from Jeddah, a famous city in Saudi Arabia. One of the longest hunger strike in history in prison, Ahmed started his hunger strike in August 2005 but this news came in media in May 2008. The place where he was kept as a prisoner is known as Guantanamo Bay detention camps. A member of The Joint Task Force for Guantanamo, also known as Guantanamo Guard force commander, Colonel Bruce assured that forced feeding was used on prisoners.

Ahmed’s strike was against the United States of America. During his strike, he lost more than 16 Kilograms and he weighed less than 45 kg at the end of his strike. According to his attorney, his condition was very critical because of free time vomits as he was allergic to the liquid which was forcefully transferred to his body via his nose. In August 2008, he weighed 114 pounds and lost 23 pounds. After his repatriation, the length of his hunger strike surprised the world! His hunger strike lasted for 1450 days from August 2005 to June 2009!

Irom Channu Sharmila is an Indian citizen. Irom Channu is a fanatic social and political activist. Among the longest hunger strikes in India Irom Channu’s hunger strike is the longest fast in the world. On 2nd November 2000, she started her hunger strike against the Armed Forces (Special Powers) Acts (AFSPA). Maloom Massacre encouraged Irom Sharmila to begin her protest when she was just 28 years old. She demanded the abolishment of Armed Forces (Special Powers) Acts (AFSPA). Being an enthusiastic and determined activist, she firmly promised that she won’t drink or eat.

This act of 1958 is confined, till this date, to seven states only. It gives the authority to one who loses it to arrest without bail and search without a warrant. In the Maloom Massacre, 10 people were shot dead while they were waiting for the bus at a bus stop. After 16 years, Irom Sharmila ended her protest. She did not eat anything for more than 500 weeks, almost 15 years. This hunger strike is considered as one of longest hunger strikes ever in history. The reason why she ended her hunger strike was that she wanted to come in politics so that she can continue her fight with more power and determination.

And an honorary mention of Mahatma Gandhi. 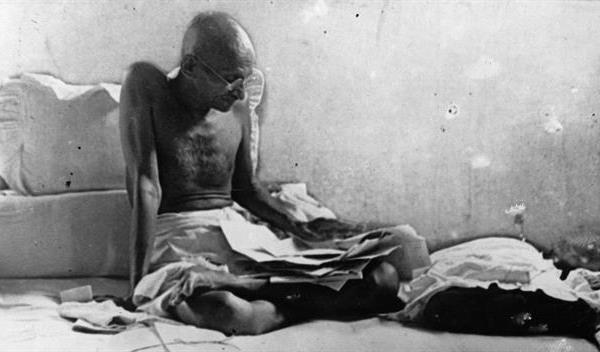 Mohandas Karamchand Gandhi was born on 2 October 1869 in Porbandar. Porbandar was in the British Indian Empire which is currently known as Gujrat, India. For Gandhi, it was really common to go on hunger strikes to get his demands fulfilled. These demands were mainly political. His part, the Congress, used this as a stratagem to gain sympathy from the masses. Though Mahatma Gandhi went several times on hunger strikes but longest hunger strike by Gandhi was of 21 days. In his whole life, he went thrice on a 21-day long hunger strike. The first time he went was on 18 Sept 1924 which ended on Oct. 8.

The reason for his life’s first longest hunger strike was for the sake of Hindu-Muslim unity. He ended his strike after listening to Gita and Quran being read. His second longest hunger strike started on 8 May 1933 and ended on 29 May. The reason for this hunger strike was to improve conditions of Harijans. His third and last longest fast started 12 Feb. 1943 and ended on March 4. He did this to stop communal riots. Gandhi strongly believed in joining the public in his mission. Gandhi hunger strikes with his hundreds or thousands of followers which he himself exerted massive pressure on government.