Which are the biggest film industries in the world?

Plan to watch a newly released film with your parents, spouse, or friends; go to the cinema; sit on the wonderful seats; and enjoy the movie. This is what every one of us usually does, i.e., just plan, pay, and enjoy. However, behind these few hours of enjoyment lie the relentless efforts of hundreds or even thousands of filmmakers and staff. They work relentlessly for years just for the sake of the glowing and glittering screens of cinemas, which everyone can enjoy. Film-making is a lengthy, mentally and physically excruciating process that involves the simultaneous work of many different departments in synchronization to make what is called a “hit film.”

The main departments include screenwriting, cinematography, actors, pre-production, post-production, distribution, and much more! These three main departments are all classified as part of the film industry. As in any workplace, there are some exceptionally talented individuals; similarly, in the film industries, some top the lists in terms of total annual revenue made from films. We have ranked the countries with the most successful film industries.

Once dominating the Latin American film industry, Mexico still manages to rank 10th in terms of film revenue. The Mexican film earned approximately $0.8 billion and sold 30.5 million tickets. There are many renowned names associated with this film industry.

German cinema flourished in real terms after the First World War. The industry has witnessed many ups and downs since then. Between 1960 and 1980, it was a dark time for the industry as local TV was introduced and people got stuck with the TV. This had a huge impact on film production, as the audience became very small. After the 1980s, the industry began to recover. In 2016, Germany earned around $1.04 billion in film revenue.

South Korea is the highest-attendance film territory in the world in terms of per capita attendance. The industry has progressed very well so far. In 1998, there were around 500 single-screen cinemas, and ticket sales were around 50 million. By 2016, ticket sales had reached 217 million, and there were more than 2,400 multiplex cinemas across the country. South Korea generated $1.5 billion in revenue in 2016 and ranked 7th  in the world for its film industry.

France is the birthplace of cinema and has made many contributions to the film industry. In the category of film submissions per year, France is the third-biggest country in the world. People here love to watch movies; the 2113 million cinema visits in 2015 made them the number one cinema-going nation in Europe and the sixth biggest movie market in terms of ticket sales across the world. In 2016, France’s film industry generated approximately $1.6 billion.

2009,movies,India is the largest film market in the world with regard to the number of films produced. It laid roots around 103 years ago. In 2009, India delivered an aggregate of 2,961 movies, incorporating around 1,288 featured films. In 2016, Bollywood earned around $1.9 billion from films. It has the biggest number of admissions. The Indian film industry is a multi-lingual industry and the largest film industry in the world as far as tickets sold and viewers are concerned.

The cinema industry in Japan is one of the oldest and largest in the world. It has a history of more than 100 years. Since 1987, movies have been produced in Japan. Until 2012, Japan was a leader in Asia in film production. In 2016, Japan generated around $2 billion from films.

3-Cinema of the United Kingdom

2016 was a great year for the UK’s film industry. Around $6.65 billion was generated as revenue from films, making it the highest-grossing film industry across Europe. The government is also giving moviemakers relief from taxes so that the industry generates more revenue. So far, more and more successful films have been produced, with the industry spending approximately $2.04 billion on film production alone in 2017.

The Cinema of China picked up its prime era in the 1930’s in which the film industry earned huge sums. It went down due to Japanese invasion in 1937 which ruined the film industry. Picking up itself again in 1945, it was yet again met with an obstacle of communism, which forcefully tightened control over media and the film industry. This zigzag notion in the industry continued to post 1990’s. In the last decade, the Chinese film industry has picked itself up and produced many blockbuster films,  the latest one “The Mermaid” earned CN¥3 billion on box office! In 2016 China lead all other international box office markets, having earned USD 6.6 billion of revenue.

Hollywood also called the cinema of the United States, is the most established film industry on the planet. It started producing films over 121 years back. Hollywood is considered one of the richest film industry as far as income is concerned. Between 2009 and 2015, Hollywood showed great power amongst the film industries grossing around $10 billion annually. In 2016, Hollywood generates $11.6 billion making it the most profitable film industry in the world. All the big names like “Titanic”, “Gone with the wind”, “Star Wars” and much more are the milestones achieved by Hollywood. Hollywood generates more revenue per year than any other movie industry in the world. Due to highest number of screens and revenue generation, Hollywood is considered number 1 biggest movie industry across the world.

These 10 film industries across the world combine generates approximately around $20 bn annual revenue. While the global box office revenue is around $38.3 billion in 2016. As per the progress of movie industry across the world it is estimated that it will reach around 50 billion US dollars by 2020.

Few other biggest film industries are mentioned below: 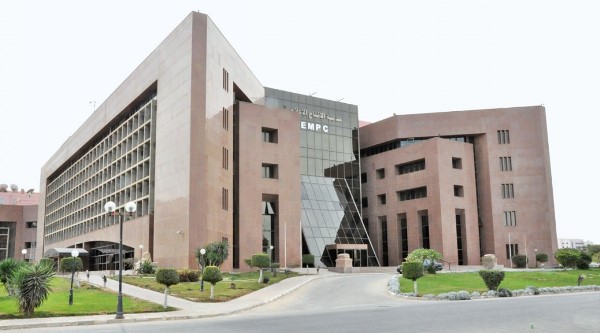 EMPC (Egyptian Media Production City) established on an infrastructure consisting of 64 studios, it has the capability to shoot both indoors and outdoors. Though not at a very good position financially right now, however, due to its golden regime in the 1950’s and 1960’s, it was once considered as biggest film industry across the world. In early times, censorship was frequently imposed as to what is believed as an obstacle to freedom of expression, but recently this has reduced, but the industry has never been able to pick itself up again after 1990’s. Hence, it keeps relying on small art films that attract a sparse amount of international audience at present.

Vast Frameworks (IFW) is a Singapore-based organization. 90 percent of the film industry is owned by Indonesian businesspersons and the motion picture maker, Mike Wiluan. In 2010-2011, this film industry saw itself in a bit trouble because of the significant increment in value added tax connected to foreign movies. Due to this, many top films from this industry, including some Oscar-winning movies saw darkness on the bright screens of cinema. This has brought about an enormous and outstretching influence on the nation’s economy. When legal copyrights of a film are made expensive by taxes, it leads to the expansion in the sale of unlicensed DVDs. However, even with this downfall, it continues to be one of the biggest film industry due to the huge sums it earned in its golden era and now strives to improve again.

Tamil Cinema refers to Indian motion pictures which produces the films in Tamil language. It is based in the Indian state of Tamil Nadu. Tamil Cinema is the 2nd highest grossing cinema of the south Indian film industry. It is also 3rd largest global box office gross after Bollywood.

Being a part of British rule till 1997, this film industry had the advantage of having a greater freedom than the mainland China. With the latest figures of 2014, this Cinema of Hong Kong made annually approx. $1.65 billion. Compared to American films, a very sleek amount is invested in the production of the films, however, there are exceptions like blockbuster movies from Jackie Chan or Stephen Chow, on which huge amounts are invested and as a result attract a large audience.

Nigeria is often not considered as a wealthy nation. However, when talking about Nollywood, if you are presuming it to be a poor film industry then you are totally wrong! Nigerian film is Africa’s biggest motion picture industry in wording esteem and the quantity of motion pictures delivered every year. Albeit Nigerian movies have been delivered subsequently to the 1960s. The ascent of moderate computerized shooting and altering innovations has fortified the nation’s film and video industry. Nigeria’s film industry is as of now positioned as biggest film industry on the planet taking into account the quantity of movies discharged every year. The film business is worth over US$3.5 billion.

Regarding film generation, Turkey had the same destiny with a hefty portion of the national production not being able to gain glory until around the 1950s. Since 1995 the circumstance has changed and Turkish cinema started itself lifting. After the year 2000, yearly ticket deals rose to 20 million. Since 1995, the number of theaters has relentlessly expanded to roughly 500 across the nation. Right now, Turkish movies draw in gatherings of people of a large number of viewers and routinely make the blockbuster films, regularly surpassing huge sums in the film market.

Basically, the name “Lollywood” originated from a nickname set by a Pakistani magazine writer. The name resembles the two major film industries, i.e. Bollywood and Hollywood. Originally Lahore was the base of Pakistan’s Lollywood but as the film business gained popularity, it moved its base in Karachi. By 2007 Karachi was made the permanent base for Pakistan’s film and showbiz industry. It casts films in Urdu, English and some films in regional languages too like Punjabi, Pushto, Sindhi, and Balochi. Pakistani film industry had a sudden breakdown in the 1980s and by the 2000s producing barely 2 films annually. Lollywood is in its revival and from 2013 to present, Lollywood has produced 23 movies competing Bollywood films in cinema.