Mixed martial arts (MMA) have been played around the world for ages. This is a very brutal type of game where players fight with each other with punches, kicks, and other martial arts techniques. MMA is considered a manly sport as it requires a lot of fighting skills and stamina. Despite the fact that a woman’s body is a little more delicate than a man’s, these best female MMA fighters participated and made some astonishing records in mixed martial arts’ history. 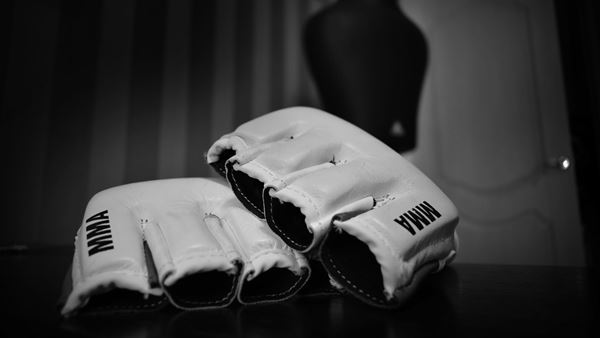 Carla is a great fighter, possessing skills in Brazilian jiu-jitsu and Muay Thai. She also holds a bachelor’s degree in sports management. Below are the fighting statistics of Carla Esparza.

You will be surprised to know that Honhak holds a master degree in both Genetics and Ecology, while she did her graduation in Molecular biology. Besides her excellent academic records she is also a mother and manage time for her professional career. She is a true example to follow for motivation. She achieved so much fame and success only because of her hard work and dedication. Honchak won her first professional fight just a week before her marriage was decided.

One of the best female UFC fighter Miesha Theresa Tate is another American MMA who fights in UFC. She is famous with her grappling skills during fight. Tate was a wrestler back in school. She started her mixed martial arts career in 2007, and become champion of freestyle bantamweight cage fighting. Miesha also got a silver medal in the FILA Grappling Championships.

When it comes to skills few can consider fighting with her. She is ranked as top female bantamweights in mixed martial arts (MMA) for many years. Miesha Tate is considered to be unstoppable until lost to Ronda Rousey. She came at number 8th in the list of 10 best female MMA fighters. With just 29 year of age, tate has competed in more UFC fights than any other female mixed martial artist. Check out MMA stats of Miesha Tate.

Cathilee Deborah Zingano nicked as “Cat” is an American mixed martial artist who fights in the Ultimate Fighting Championship (UFC). She is considered to be the first woman who won UFC fight by TKO. She has a vigorous workout routine. Cathilee has expertise in Brazilian Jiu-Jitsu, Wrestling and Thai boxing. Cat Zingano is a married and has a child, still she keeps her fit, workout daily and compete in UFC. Below are the MMA stats of cat Zingano.

Jessica Aguilar (born in May 8, 1982) is a Mexican-born American mixed martial artist currently having a contract with the Ultimate Fighting Championship. At the time of her departure from WSOF, she was the leading world series of fighting women’s strawweight champion. Aguilar earlier contested for bellator fighting championships. Jessica also qualified the semi-finals of the 2010 Bellator, 115 lbs women’s tournament.

She is considered to be a pioneer in woman Mixed martial arts. In an interview she stated that

Claudia Gadelha is another female mixed martial artist from Brazil. She is currently competing in the category of Women’s Strawweight in Ultimate Fighting Championship. Claudia is the youngest Brazilian jiu-jitsu in history. She is also at number 1 position in official UFC Strawweight rankings.

In her MMA debut on June 5, 2008, she won the fight in just 17 seconds. Since then she remained in and out in UFC fights due to her injuries but she made her mark and prove herself as a competent contender in Ultimate fighting champion. Since her debut in UFC, she has 7 first sound finishes. Claudia ranked at number 5th in the list of best female MMA fighters..

Here are some stats of Gadelha’s fights.

Cristiane Justino nicked as “Cyborg” is a mixed martial artist from Brazil. She is also the former Strikeforce Women’s Featherweight Champion. Cristiane currently signed a contract with UFC as per her tweet, but she need to shed her weight to compete in 135 pounds category.

She made her MMA debut on July 26, 2008 and won the fight in 2nd round, beating Shayna Baszler. We included Cristiane Justino at number 4th in the list of best female MMA fighters. Here are complete fights stats of Cyborg.

Ronda Rousey is not only the most distinguishable woman in the UFC, she is possibly World’s most popular woman athletes right now.

In the category of UFC women’s bantamweight champion, Rousey has achieved such fame which makes her a worldwide superstar. After making her debut in UFC in 2013, she has risen as the best female MMA fighter in the world. Rousey is now a fashion icon, actress, author, magazine cover model, and popular TV guest.

Though her undefeated symbol was taken down by Holy Holm in a much waited UFC fight. Where she lost to Holm in 2nd round.

Rousey also emerged herself as a WWE super star. She learned Judo during her early days and her martial arts style is now almost like Judo. Here are some breathtaking fight records of Ronda Rousey.

Holy Holm “the preacher’s daughter” is yet another undefeated woman MMA fighter. She is considered as number 1 female bantamweight fighter in the world.

Holy Holm is known as professional boxer and kickboxer before entering in MMA. She defended her titles 18 times in World boxing championship. Holm also remained 2 times Ring magazine fighter of the year in 2005 and 2006.

Her most record-breaking and notable fight was in mixed martial arts (MMA) with Ronda Rousey at UFC 193. Where she defeated the undefeated Rousey. This fight is considered to be one of the biggest upsets in the history of MMA. So far Holy Holm fights records are given below.

Joanna Jedrzejczyk is a 28 year old polish mixed martial artist. She made UFC history by becoming Women’s strawweight Champion and 3rd European champion. Joanna has numerous records at her table. She is 4 times European champion and 6 times world champion in Muay Thai. Joanna is considered to be as number 1 in pound for pound female fighter category in the world. She started Muay Thai at her teenage and since than she never looked back. In 2012 she started her career in MMA and rite now enjoying the number 1 position in the list of best female MMA fighters in the world.

Here are some awesome stats of Joanna Jedrzejczyk’s fighting career.