What is a warrior?

Well, many of you may already know a depiction of what a warrior is: A brave person who fights for a nation or group.

But what is deadliest warrior?

A deadliest warrior is someone who will give up his life to train in the best possible way and become such a vigorous fighter that the name of his warrior group will be remembered for their bravery and strength. The list of such amazing and deadliest warriors in history has been prepared. Hope you enjoy it: 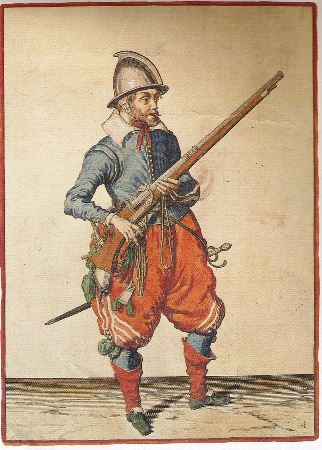 Starting in 1622, the French Musketeers was a large group of daring warriors for two purposes: firstly to protect the King of France and secondly to fight in battles for France. The Musketeers were amongst the most well-known and prestigious warrior force in ancient times.

They were trained hard especially in the art of attacking at close ranges with spears. They continued to serve on the behalf of the King of France until 1776 when they were dissolved by the ruler due to financial issues. They were reformed during the French revolution but then dissolved permanently in 1816. 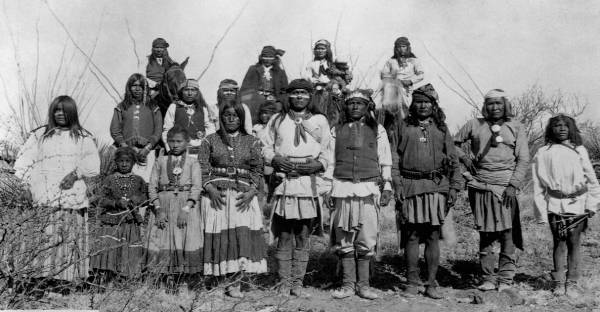 Commonly known as “The Fiercest Warriors in the Southwest”, the Apache was a collection of tribes that belonged to the South-West American region. They basically originated from western Canada but due to disputes with Athapascans, they left Canada and established themselves in South-western America.

The name Apache is believed to be derived from the name given to them of “Apachu” by their enemy tribe “The Zuni”. This name meant “enemy”. A group of nomadic people, the Apache went as far as Mexico and were mainly involved in hunting and farming practices. The main reason for Apache tribe becoming one of the fiercest warriors was after New Mexico became a Spanish colony in 1598. The rivalry between Spaniards and Apache suddenly took a rise. They raided Spaniards successfully numerous times to have horses, cattle, arms and captives.

A small tribe at first, Apache greatly increased their numbers by adding the captives to their army. After proving their ferocity, Apache didn’t surrender until 1886 when they were left with a mere 50 people in their army. 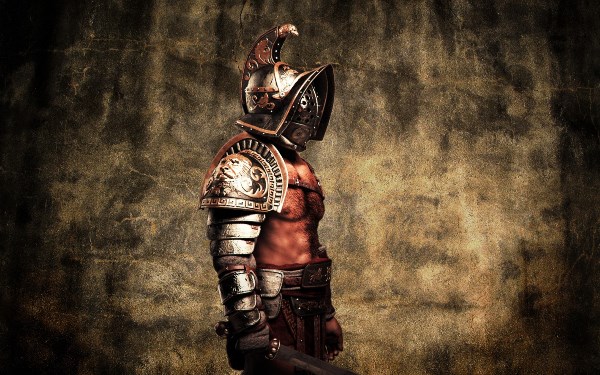 The name of these warriors is derived from a sword’s name i.e. “Gladius” which was a renowned weapon in the Roman army. For a bloodthirsty Roman culture at that time, Gladiator warriors provided ultimate “entertainment”. Gladiator means swordsman in Latin and these group of ferocious warriors included captive slaves, soldiers, criminals who were brave and some people who voluntarily opted to fight.

These warriors were famous to fight in bloodthirsty battles to fight against other gladiators or even animals. They used lethal and dangerous weapons. They were told not to give up ever and die without pleading anyone.

It is claimed that on average a gladiator survived no more than 10 fights. It is also believed that the average age at which a gladiator died was 30 years only.

The gladiators who survived the fights were granted freedom and gifted heavily while the ones killed were brutally treated. Their blood was gathered and the upper class Romans are believed to drink it.

These warriors became outlawed in 438 AD.

As a ferocious warriors group, the Aztec warriors belonged to Central Mexico. Due to these deadliest warriors, the Aztec Empire grew rapidly as they were a ruthless and ferocious group who fought for land and captives. They were so ferocious that even their own leader’s appointment was ensured by war. The present leader would be attacked with knives, axes, spears and all sort of sharp and dangerous weapons and if he survived the attack, he would be allowed to remain the leader of the war group.

There were three ranks in Aztec warriors. First was the servant rank who just shifted and transferred supplies and arms. Second were the young recruits who were yet to make their first capture. Last but not the least were real Aztec Warriors who were given this status after having a first successful capture.

Trained to fight hard, they marched up 32 kilometres a day to have inexplicable stamina. The approximate life expectancy amongst Aztec warriors was just 37. This proves that the Aztecs believed in a do or die warfare. 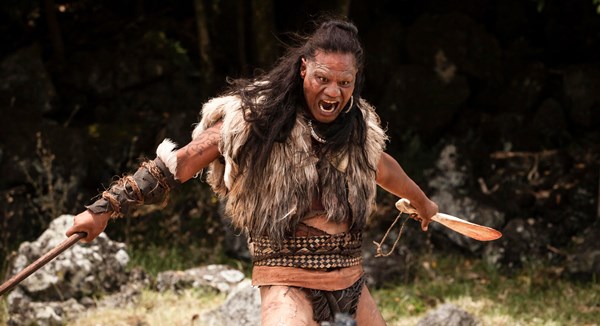 The Maori warriors, quoted as “Unforgiving slayers of the South Seas”, were actually Polynesian people originating from New Zealand. This warrior group started in 1280 AD. Their rise was subsequent to the rise of another warrior tribe in that region known as Tui Tonga. Ferocious wars between the tribes was common and these wars occurred on disputes over land and resources.

These tribes believed in something known as “Mana” which was known as spiritual power. It was believed amongst them that by fighting and being brave and deadly warriors, they will gain their mana.

It is even believed that Maori warriors would at times eat up their victims to gain mana. It is what is seen in warfare games as fictional power given many different names but Maori the greatest warrior groups in history followed this in real battles. A very amazing fact is that Maori warriors were not ever defeated in any battle. Their dynasty still exists in small number but now they are not ferocious warriors and are turning more towards norms of the world’s culture. 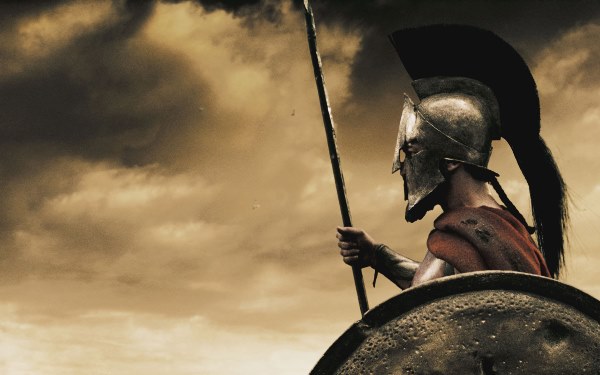 The Spartan warriors were one of the deadliest and the most feared in Greek region.

You will be astonished to know:

They started training their children in warfare at an age as young as seven. Following the Peloponnesian War from 431 BC to 404 BC, the Spartans gained their might as one of the deadliest warriors of all times by defeating Athens. The males were trained under strict rules that ensured responsibility, education and endurance amongst all warriors. On the other hand, Spartan women were given education and kept away from warfare. They enjoyed a free status in Spartan community.

After a long period of warrior might, they were finally defeated in 371 BC by the Thebes in the renowned Battle of Leuctra. This led to the downfall of this ferocious group of warriors who had a stronghold for many decades. 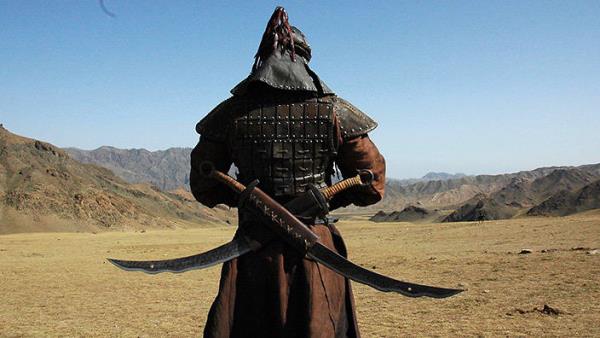 Renowned for their inexplicable and ingenious war tactics, the Mongol warriors was a menacing group of warriors under the leadership of Genghis Khan. Blood, war and violence is what all of their young were brought up in and that is why they fought so courageously and ruthlessly.

The Mongol warriors were specifically known for their pinpoint accuracy in using bow and arrow to target their opponents. They had their own workshops and supply of steel to cater for their arms and supplies. Their tactical skills were so ingeniously crafted that opponents with stronger armours and supplies got defeated. Division of army into groups each one of them having its own role made the Mongol warriors really feared amongst their opponents.

Their variety of arrows and bows production each having its own purpose made them a really strong side. Moreover, their training allowed them to fight ferociously even without a bow and an arrow. They were so tough that they would go on for days in battles with no food or water and sacrifice themselves in war whenever needed. Indeed, one of the most resilient and deadliest group of warriors in the list of deadliest warriors legends. 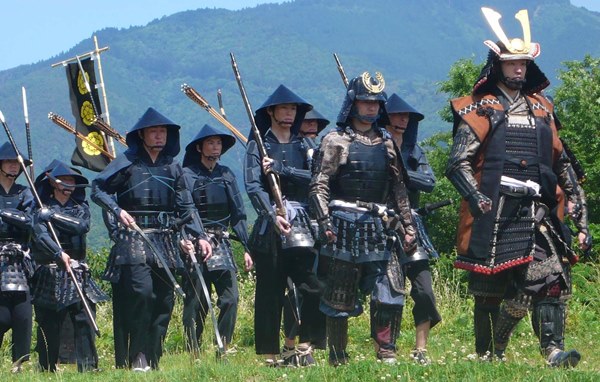 Of the Japanese origin, the Ninja warriors established their deadly might in the 15th century. In Japanese language, Ninja warriors are known as Shinobi warriors which means “to steal away”. In early times, Ninja warriors were actually a secluded group of soldiers and agents who turned into daring warriors. They were hired on purpose to carry out daring spy tasks, infiltrations, assassinations and deadliest warfare. Their role in the Battle of Okehazama in 1560 and in the Shimabara Rebellion is known for their deadliest tactics.

The rise in their fame was during the Sengoku period. During this period, they became active in the province of Iga. Quoted as being more silent than a leaf of the wind, they were extremely agile. Wearing dark coloured, they blended themselves in the dark and attacked silently. They ingeniously used normal farmer equipment as deadly weapons by their techniques. Some weapons were named after the Ninjas such as the Ninja To, the Wakizashi and the Tanto. 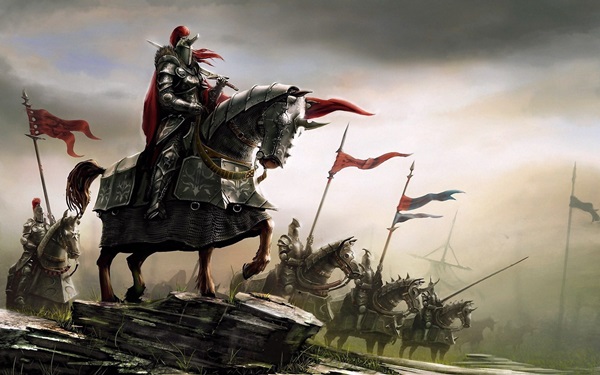 Wielding heavy armour suits, knights were appointed by the head of states or monarchs as a reward for their bravery in wars. In heavy suits in which many of us would find extremely hard to even move few steps, knights fought bravely under extreme conditions and hot environment.

The knights were trained to use heavy weapons and their ability to attack with fast reflexes while mounted on a horse made them very deadly. Ranking 2nd among the list of ancient warriors in history, many knights were renowned especially during the Hundred Years of War between England and France. Knights like William Wallace who fought for their country’s independence are remembered as heroes who fought ruthlessly. Some knights are known to have killed hundreds of people by their swords.

Similarly, Sir William Marshal was a famous knight famous for being loyal and brave. Among the weapons used by knights were axes, swords, maces, knives, daggers and crossbows. 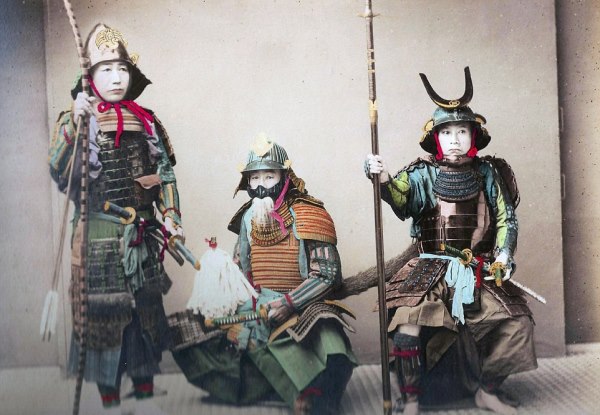 Known as the deadliest warriors of all times, Samurai was a warrior group in medieval and early years of Japan. The swordsmanship of Samurai fighters was widely known and accompanies with brave hearts and vigorous training, Samurai warriors made the opponents pay the price.

As soon as a person wanted to become a Samurai warrior, he was told to live by the code of bushido i.e. way of the warrior. They were so sensitive about their courageousness that many Samurai fighters who fell of their horses or being close to being killed disembowelled themselves to retain their prestige and save the Samurai might. Samurai warriors served as the primary armed forces until 1873 when a modern army was ordered to be established by Emperor Meiji. There is no doubt that deadliest warriors are the Samurai warriors.